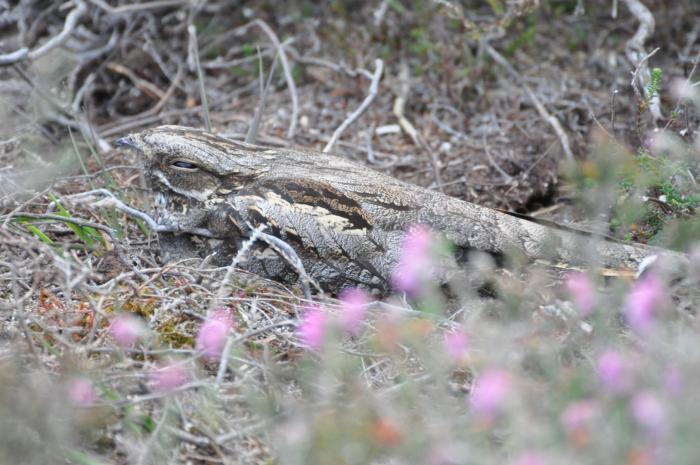 As with all birds that nest on the ground, Nightjars and Dartford Warblers are vulnerable to disturbance because of these habits. Dartford Warblers nest very low to the ground in a cup-shaped nest in gorse thickets, and Nightjars barely make a nest at all; it’s more like a scrape on the ground. So you can imagine that a dog or a human could easily accidentally flush a parent bird off the nest, which not only leaves the chicks (or eggs) vulnerable to predators, but means that the parent birds use up precious energy defending their ‘patch’ rather than parenting.

We ask visitors to stay on the main tracks and keep dogs on tracks too. After all, these birds expend a lot of energy just trying to stay alive - Nightjars fly here from Sub-Saharan Africa, where they spend the winter, and Dartford Warblers brave our unpredictable winters; choosing to hunker down in gorse thickets to stay warm. Each strategy has its own peril. But although populations are healthy on the Pebblebed Heaths at the moment, we can help by giving them space. By sticking to main paths and keeping dogs on the track where they can be seen, or on a lead (if the dog is the type to wander off into vegetation), we’ll all be helping to safeguard our ground-nesting birds.

Grab your chance to experience the sights and sounds of the wonderful Nightjar by joining a summer evening stroll with our friends at Wild East Devon. 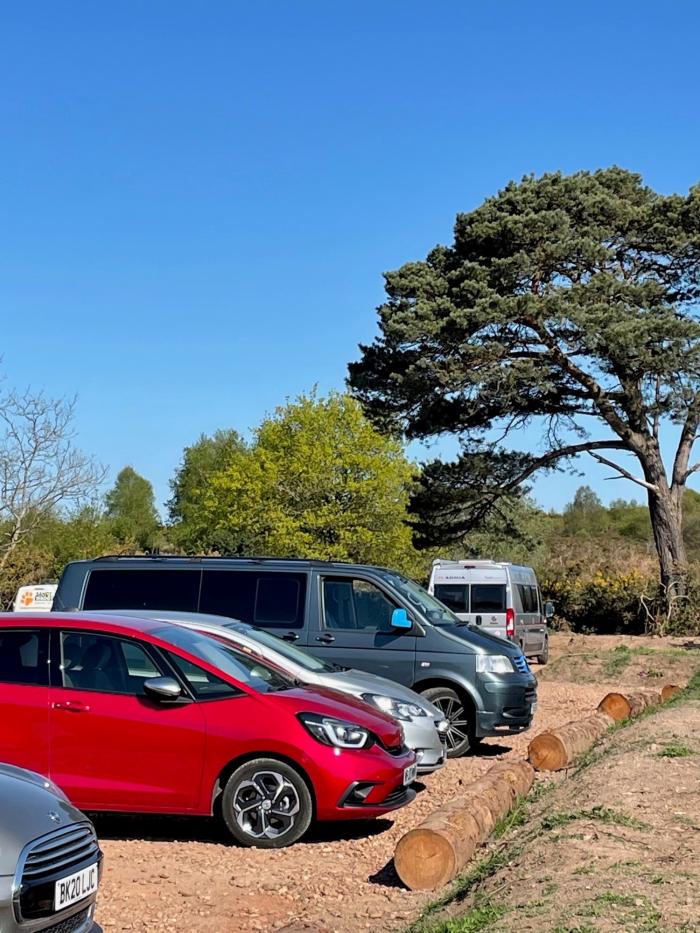 Over the coming months, you’ll see greatly improved surfaces and layouts to the car parks across the Pebblebed Heaths. Progress is phased, keeping disruption to visitors to a minimum and allowing plenty of car parks to remain open. Improvements will include new surfacing, better layouts, greater visibility from the road, more dog bins and more facilities, such as bicycle racks.

There will also be new information boards offering fascinating insights about different commons across the heaths and associated guides to make the most out of your visit to the heaths. As much local labour and materials is being made use of to make the scheme as sustainable as possible. Local materials include timber from forestry plantations nearby and pebbles stockpiled for use from the (now disused) quarry. 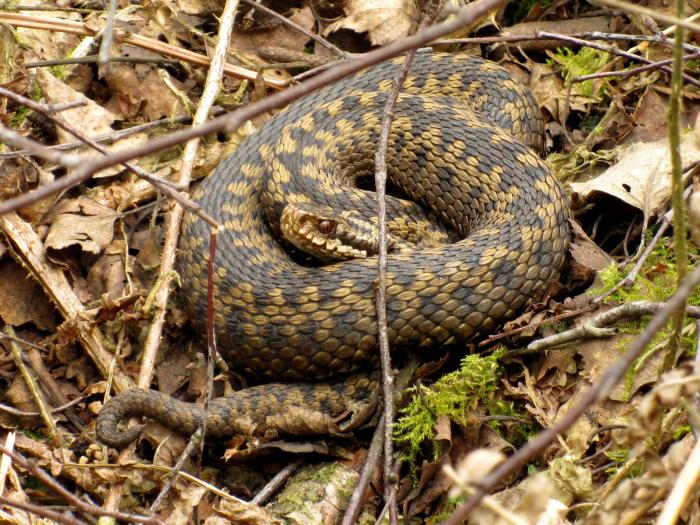 Adders are well known as the UK’s only venomous snake, but they’ll only strike as a last resort in self-defence, preferring to slither away from humans (and dogs) quietly without making a fuss. If you are out and about on the heaths, please keep pets under control and out of the heather, giving any Adders (you’re lucky enough to see!), the time and space to escape to safety.

Hibernating reptiles need a safe place to stay for the winter. It’s important to help their numbers increase, particularly as some of them are struggling to sustain their populations. Adders, for example, are extremely sensitive to disturbance and their disappearance is often the first harbinger of environmental degradation. Why not help the nature in your garden thrive by following this easy how-to guide to build your own hibernaculum?!