The East Devon Pebblebed Heaths are a really special place for nature, supporting over 3,000 species, many of which are nationally rare. Covering 1,400 hectares this is the largest remaining expanse of lowland heathland in Devon, a habitat of international conservation renown.

Because of its sensitive and specialised nature, the Pebblebed Heaths are protected by a number of conservation designations. The area is a Site of Special Scientific Interest (SSSI), a Special Protection Area (SPA), a Special Area of Conservation (SAC) and has recently been awarded National Nature Reserve (NNR) status. Each of these designations identifies the importance of this habitat for the flora and fauna it supports, with each recognising a separate aspect or species. Some of the most enigmatic residents are the Dartford warbler, Nightjar and Southern damselfly. Find out more about them here

In addition to its conservation designations, the site is Open Access land under the Countryside and Rights of Way Act (2000) and has an exceptional cultural heritage due to its long history of occupation and use. The Historic Environment Record notes more than 150 historic features, from barrows and cairns of prehistory, to the military use of the heathlands during World War 2 and today.

Heathland is a man-manipulated habitat - throughout the ages the footprint of human occupation is evident at every turn. The landscape that we see today has been 240 million years in the making and has supported hundreds of generations of people, providing grazing, fodder, shelter and fuel. The word ‘heath’ is derived from heather, the purple flowering plant of late summer, and the people who lived on the heath were the original ‘heathens’. Over time, human activity has left heathland soil naturally low nutrient. The plants we associate with heath – heather and gorse – thrive in these poor conditions to create the prickly, emotive landscape now the backdrop to our recreation.

Today the Pebblebed Heaths play an invaluable role in supporting the wellbeing of the communities of East Devon, with over a million visits made to the site each year. The area welcomes walkers and runners, wildlife enthusiasts, bird watchers, horse riders and mountain bikers, providing wilderness and green (sometime purple) space when we need it. To ensure the heathland community continues to thrive, check out our codes of conduct when planning your visit.

Heathland plants are true specialists and so are the wildlife communities that they support – nutrient enrichment from dog fouling is changing the soil of the East Devon Pebblebed Heaths, allowing more vigorous plants to outcompete slower growing heathers. To see this change in action, notice the brambles surrounding car parks and the lush green grass that boarders paths that lead away. Keep your green space purple and protect this habitat long into the future by picking up the poo, there are dog bins in every car park. 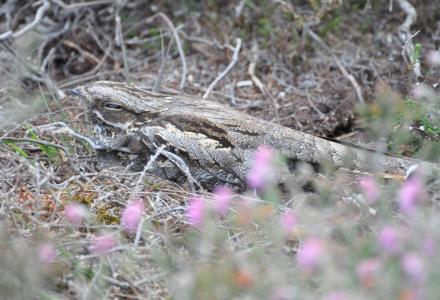 Find out more about why the heaths are internationally important for wildlife. 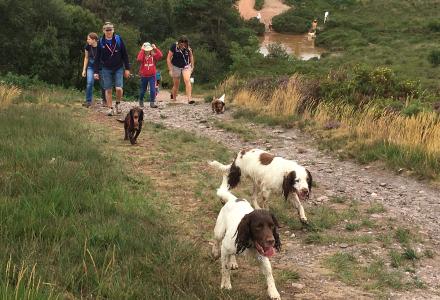 If you like to enjoy the Pebblebed Heaths with a canine companion, the Dog Code highlights simple ways that you can help look after the landscape and the wildlife it supports. 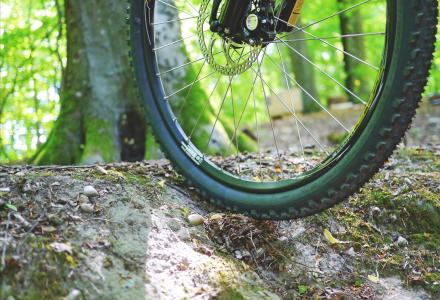 Help to keep trails in good condition for all to enjoy by riding responsibly, avoiding areas sensitive to damage and following the Pebblebed Bike Code. 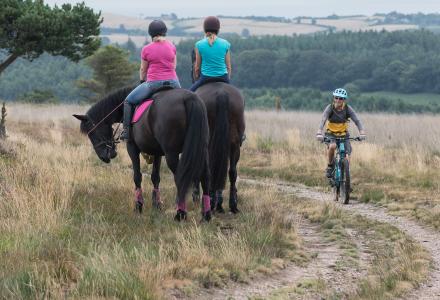 Horses on heathland is an emotive sight and we welcome our riding community. Some trails are sensitive to damage and erosion, please be respectful of the landscape and follow the Pebblebed Horse Code. 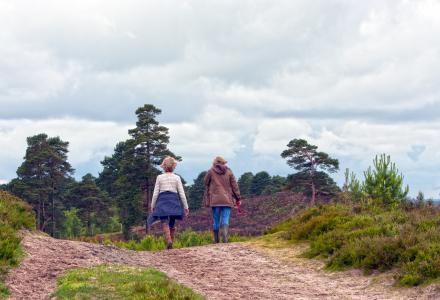 As an area of outstanding natural beauty, the heaths have been enjoyed by members of the public for generations. 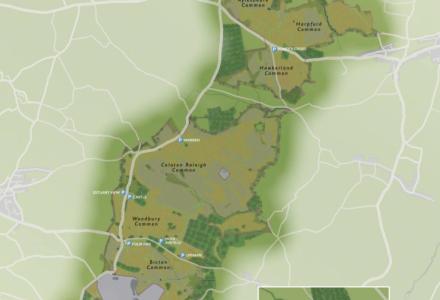 Over 60 km of trails cross the Pebblebed Heaths offering varied terrain and a variety of landscapes to explore. Don’t know where to start? We can help!